PLEASE DO NOT TOUCH, FEED OR DISTURB THE CATS IN ANY WAY.

DISCLAIMER:  Exhibitors exhibit their cats at their own risk.  Members of the public are admitted to the show at their own risk. CDC, CLASA and SAC@TS will not accept any responsibility for damages arising from any cause whatsoever.  Right of Admission Strictly Reserved for Individuals as well as Representatives of Organizations.

Welcome to the show and thank you for the support.

We hope you and your exhibit/s will have a good day and enjoy the interaction with peers and feline friends.

If this is your first experience of an Independent show, herewith a few practical tips:

You can bench anywhere you like in the designated area.  There are no reserved spaces.  You are responsible for your cats throughout the day, including the litter tray, water and food, as well as handling and presentation.  You may display any information or promotional material about your cat, breed, cattery, etc., but not any promotional material or brand names of competitors of our sponsors for the day.

Note that the SPCA may inspect the show for animal abuse.
Lack of 24/7 access to water, food or a litter tray are considered by the SPCA as animal abuse.

In your envelope, you have:

The Independent clubs in South Africa use the same system and titles as the WCF, Fife and European Independent clubs.  This is an international system, requiring travel to different countries/regions/ provinces to attain titles higher than Champion/Premiers.  Many exhibitors find it difficult and expensive to travel to different regions within South Africa.  For this reason the WCF affiliate, CASA introduced a unique system of “South African National Titles”, not unlike the national titles awarded in countries like Israel and the LOOF in France.  This means exhibitors have the choice of either pursuing International titles for their cats, or National titles, giving cats of high quality the recognition they deserve in the form of formal titles, even if only competing within their own region.  National titles are only recognized within South Africa, but will be indicated on the pedigrees of any exported offspring.  A cat wanting to follow an International career up to the title of World Champion will have to remain on the International option of titles and follow through with these rules.  All the Independent clubs in South Africa recognize these titles reciprocally.

The International and National titles are won according to the following guidelines and rules:

Champion/Premier – 3 CAC/CAP at national or international shows from 3 different judges. 93 points required for this award.

International Champion/Premier – 3 CACI/CAPI at 3 international shows from 3 different judges in 2 different countries or regions.  95 points required for this award.

Grand International Champion/Premier – 3 CAGCI/CAGPI at 3 international shows from 3 different judges in 2 different countries or regions.  97 points required for this award.

European or Continental Champion/Premier – 3 CACE/CAPE at 3 international shows from 3 different judges in 3 different countries.  97 points required for this award

Grand European or Continental Champion/Premier – 3 GCACE/GCAPE at 3 international shows from 3 different judges in 3 different countries.  98 points required for this award.

Honour Class – Any cat with the Trpl  Sup Ch/Pr title can participate in the Class of Honour.  If it is awarded the HP, it automatically competes with all the other nominated cats for Overall Best Cat on show.

(CACM/CAPM certificates needed for the World Champion/Premier title can only be awarded at WCF shows.)

It is the original format of cat clubs, especially successful in Europe, where the club is autonomous in all respects.It does not belong to a governing body and does not pay affiliation fees or subscribe to the rules and constitution of a governing body on a national or international basis.Some of the largest clubs in Europe are independent.

Independent clubs do not want to have a slice or compete with the other clubs.It rather wants to add a dollop of cream if it is a sweet pie or some gravy if it is a savoury pie.The idea is to enhance and complement, not compete.

An independent club has a lot of options and freedom to explore, without the restrictive rules of an international body, which sometimes are not relevant or realistic in our country and costs nothing in affiliation -, show license -, meeting attendance -, etc. fees.

No. There are three cat registering bodies in South Africa, covering all breeds of cats. There is no need for an Independent Register.Independent clubs can accept cats registered anywhere.

There is no association, apart from the fact that the same title structure is followed and as such titles and title certificates from Fife, WCF and other independent clubs following the same title structure can be recognised reciprocally.CFSA, SACC, ACFA, TICA, CFA, UFO, ACF, CCCA, NZCF, etc. titles and certificates follow different systems and can therefore not be recognised for a cat’s show career.Fife & WCF judges’ licenses are recognised, as are all other verifiable judges’ qualifications.

The standards are pretty universal these days.Cats are judged in colour, pattern, etc. classes as per WCF/Independent convention.The standard of the organisation of origin (where the cat was first recognised) is the preferred one.

Firstly, WCF international shows need 80 cats entered on a show – something which is very difficult to guarantee in smaller centres and other neighbouring countries.
Secondly, a cat can only receive one title certificate at a WCF show per day.A different show on the same day gives the exhibitors, the stewards and student judges an additional opportunity.This makes a lot of sense when we consider the long distances travelled to shows in our country. 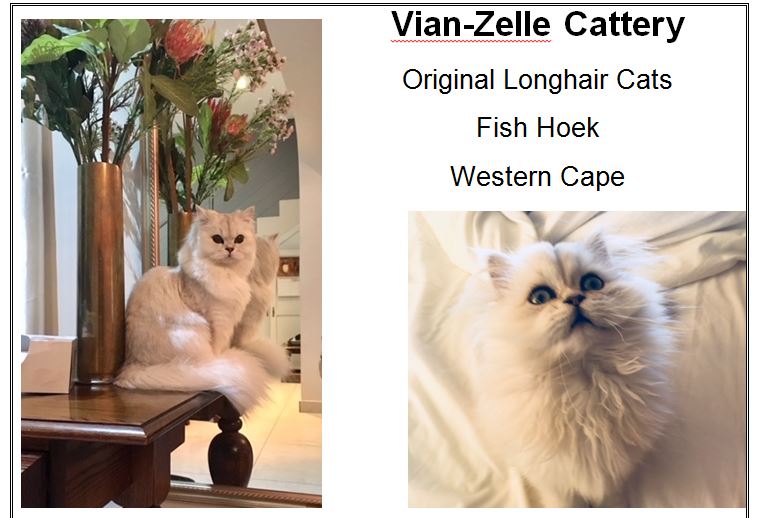 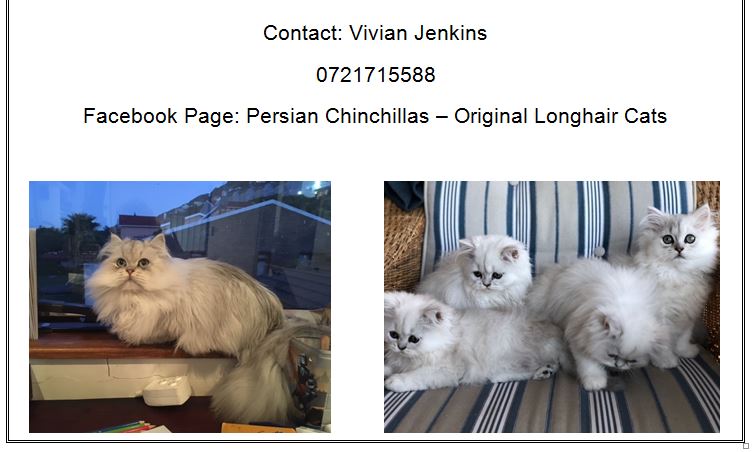 Special thank you to our sponsors of the day for their very generous prizes and support. 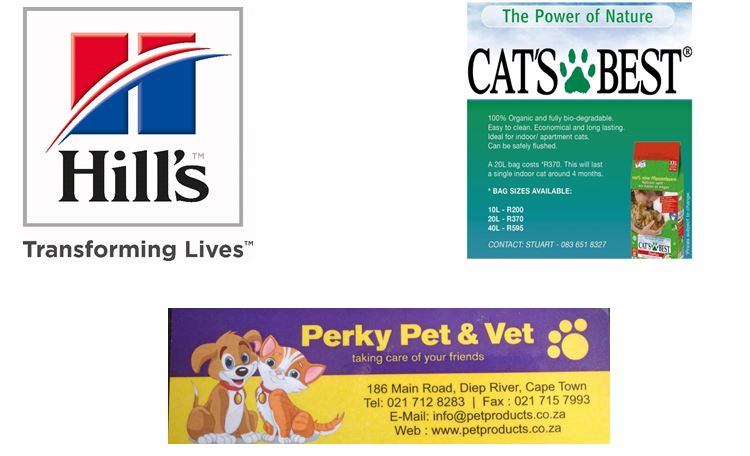 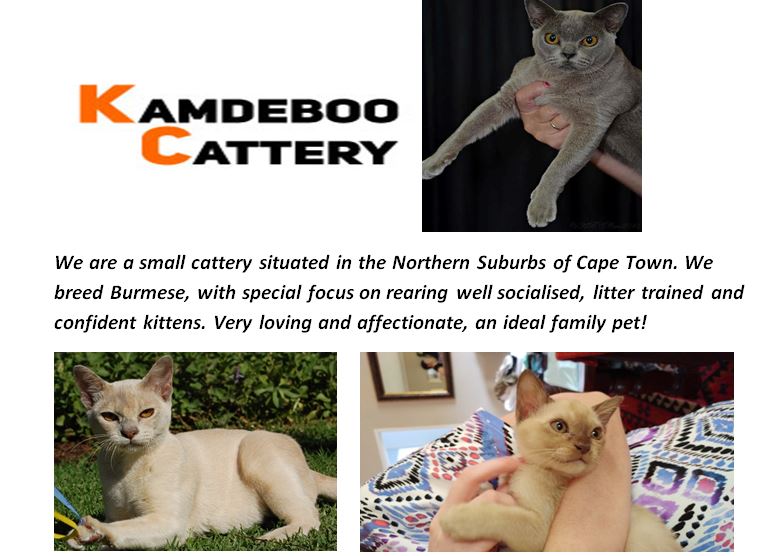 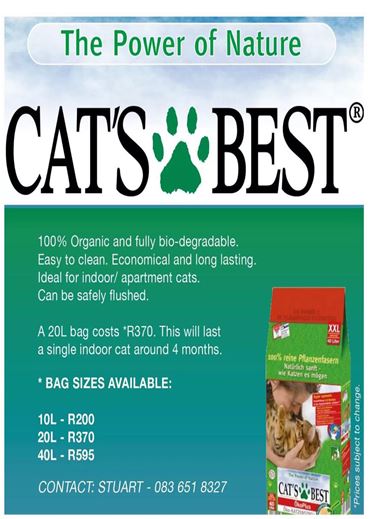 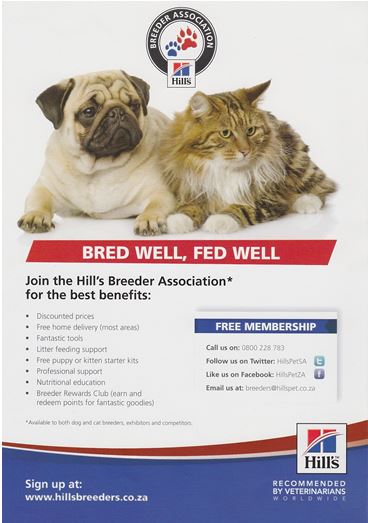